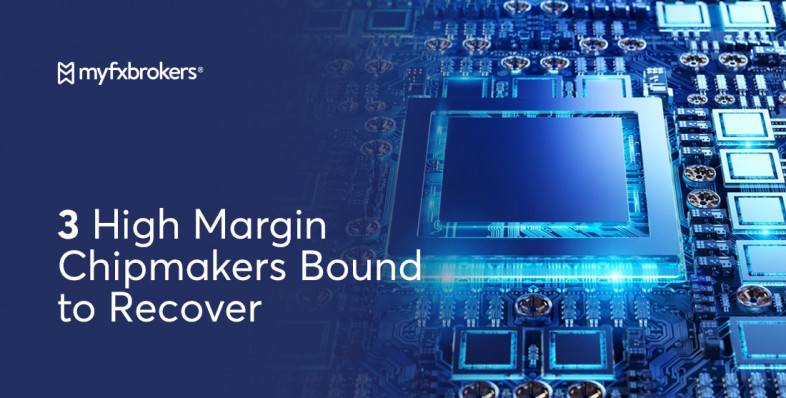 Without a doubt, semiconductors will continue to drive both current and upcoming technological advancements.

Advanced memory and processing chips are projected to be in demand for years to come due to the widespread use of personal computers (PCs), mobile phones, and other consumer gadgets. Newer technologies like autonomous vehicles and artificial intelligence (AI) are already driving the next wave of chip development.

However, before continuing on its upward trajectory, the semiconductor sector may be required to take a step backwards in the near future. According to Gartner research, semiconductor sales will have a significant decline this year after experiencing remarkable growth in 2021 as a by-product of trends favouring remote working and learning. A reduction in revenue in 2023 may result from softer demand and pricing in a recessionary environment.

Although chipmakers' long-term prospects are still favourable, the effect of inflation on consumer and business expenditure has driven down the price of industry shares. The PHLX Semiconductor Index (SOX) is down 34% year-to-date after making enormous gains from 2019 to 2021.

For a sector that has long boasted some of the highest profitability measures, this puts the focus on margins. The highest margin chip manufacturers may be in a better position to recover more quickly once demand and prices start to rise.

Taiwan Semiconductor Manufacturing Company Limited (NYSE:TSM) is responsible for making varied range of products for thousands of semiconductor manufacturers.   It has a reputation for having the most effective operations and the best margins in the business as the biggest merchant fabricator in the world. The largest silicon wafer factory in the world is run by TSMC, which also produces some of the most cutting-edge microchips used in mostly everything from smartphones to automobiles. Apple and Qualcomm are among its most prominent customers.  The company's 41% net profit margin through the end of the previous quarter was due to strong pricing power and a variety of end market demand.

Customers in the data centre computing, automotive, and Internet of Things industries have recently accounted for a large portion of the demand. Smartphone chipsets have also shown to be a reliable source of demand, helping to boost Taiwan Semi's Q2 earnings. However, following a brief bounce, the price has declined as investors prepare for a more difficult path ahead.

The management's prediction of a sustained annual revenue growth of north of 20% would beg to differ. Holiday demand for 5G device inputs and other developing categories may result in remarkable earnings growth over the next couple of quarters, giving Taiwan Semi a significant head start on fulfilling its target as global chip shortages ease.

As NVIDIA stock plunges will it be able to recover?

The company NVIDIA is renowned for creating integrated circuits that are incorporated in anything from personal computers to video game consoles (PCs). The company is a top producer of powerful graphics processing units (GPUs). Santa Clara, California serves as the home base for NVIDIA.

Investors of NVIDIA Corporation (NASDAQ: NVDA) have had a difficult time lately. Following a disappointing second quarter report and regulatory scrutiny of products transported to China and Russia, the shares last week fell to a 52-week low.

The weakness in smaller game division that is responsible for the disappointing quarter is most likely going to be temporary as customers take a brief pause from restocking chip inventories.  The modifications required to allay regulators' security worries will probably be done in due course, posing just a temporary hardship on NVIDIA's business model.

NVIDIA's 26% net margin ought to put the business and its stock on the road to recovery as soon as these challenges ease. The chipmaker's long-term development prospects in its core graphics processing business, AI data centre, and automotive division are unaffected by the recent negative headlines. By fiscal 2024, a $11 billion pipeline for vehicle design should also reduce reliance on gaming and increase earnings.

Earnings per share (EPS) for FY24 are now expected by Wall Street to be $4.51. This would be a 33% gain from the predicted down year in FY23 and an improvement over the extraordinary bottom line from the preceding year. As we saw in late 2018, patient investors may once again experience short-term pain before seeing long-term reward.

The trailing 12-month net profit margin for Micron Technology, Inc. (NASDAQ:MU) has been 31%. Additionally, it produced one of the strongest returns on equity (ROE) metrics (22%) in the semiconductor sector. Due to its status as the largest memory chip manufacturer in the country, Micron has strong profitability indicators. For PC, telecom, and industrial customers, it provides a variety of memory solutions at costs that provide a significant cushion above operating cost. Although Micron has managed this risk reasonably effectively over the years, the memory sector of the semiconductor industry is renowned for its pricing volatility.

Macro worries are the key reason why the stock is on sale. There will likely be less demand for memory chips for desktop, laptop, tablet, and smartphone devices as consumer spending slows. In China, Covid lockdowns and supply restrictions have made the situation even more difficult

However, it is a difficult period that Micron will probably get through in part by relying on its strengths in the datacentre industries. The management recently expressed optimism over long-term demand for its memory and storage solutions, although being cautious about the adverse demand and supply dynamics it is observing in other end markets.

The current fiscal year for Micron is expected to see a considerable fall in earnings. The opportunity exists for long-term investors, meanwhile, as the company is currently pricing at about 6 times trailing profits and giving a recently increased dividend.

Additionally, Micron Technology recently disclosed plans to invest roughly $15 billion until the end of the decade in the development of a new fab for manufacturing cutting-edge memory in Boise, Idaho. This will be the first new memory manufacturing facility constructed in the United States in 20 years, ensuring domestic supply of cutting-edge memory needed for industry areas including automotive and data centre, driven by the adoption of artificial intelligence and 5G that is accelerating.