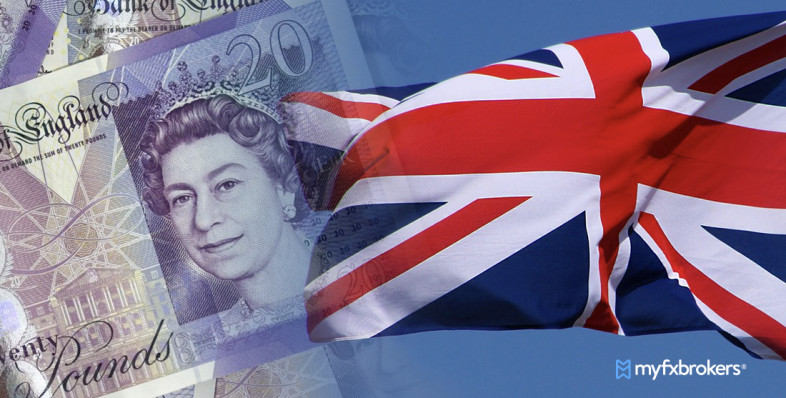 It is so shocking that the UK's annual inflation is crossing the record of 40 years and it’s setting a new record now. In between the time period of May to April, the UK’s annual inflation increased to 9.1%. As per the data from the Office for National Statistics (ONS), 9,1% is reported to be the highest inflation level since the year 1982. When it reached 9 percent the month before, inflation had already achieved a 40-year high. According to the most recent data, inflation is now close to five times greater than the Bank of England's (BoE) target rate of 2%.

There is no doubt that it is creating a living-cost pressure on the UK families, many of them struggling so badly and hence revolting. The BoE issued a warning last week that due to rising gas and electricity prices, inflation was on track to hit 11% by the end of the year 2022. Prices increased by 0.7 percent in a single month, which is less than the 2.5 percent rate seen in April, the month the new energy price cap went into force. However, statistics suggest that prices are going to rise by much higher rate in coming months.

According to the ONS, the average price of gasoline and diesel in May was the highest on record, coming in at 179.7p for diesel and 165.9p for gasoline, respectively, up from 127.2p a year earlier. The motor fuel 12-month rate was 32.8%, the highest level since before the data series began in January 1989.

According to Grant Fitzner, chief economist for the ONS, "the annual inflation rate was barely altered in May, although remaining at historically high levels. Continued sharp increases in food prices and record-high gas prices were countered by lower increases in apparel expenses than at this time last year and a decline in the price of often fluctuating video games.”

Just for stating the instances, the cost of raw materials increased at the fastest rate ever seen, while the price of items leaving manufacturers increased at their highest rate in 45 years. The cost of train tickets is determined by the retail price index, which also serves as the benchmark for some index-linked bonds.

The eight million most vulnerable households would receive £1,200, according to Chancellor Rishi Sunak, who acknowledged that people are concerned about the growing cost of living.

He stated that "We are employing every weapon at our disposal to reduce inflation and combat rising prices. We can strengthen our economy through independent monetary policy, appropriate fiscal policy that doesn't exacerbate inflationary pressures, and by enhancing our long-term productivity and growth."

The price of items leaving factories is tracked by the producer price index, which increased to 15.7pc in May. This is far higher than expected and up from the previous month's 14 percent.

The amount of companies stating that they intend to raise prices is "far beyond anything we've seen since our records began in 1989," as per the British Chambers of Commerce.

"A further jump in inflation was expected, but this will offer little comfort to struggling consumers, particularly while wages aren't keeping up," said Connor Campbell of NerdWallet. The fact that nearly half (46 percent) of UK SMEs have not increased staff wages in line with inflation suggests that the financial burden will last for some time, according to recent research from NerdWallet.

"Households and companies in the UK are continuing to feel the pinch from rising prices, as increased energy prices, a tight labour market, and growing transport and commodity costs filter through to consumers," said Helen Dickinson, chief executive of the British Retail Consortium. Retailers will continue to explore ways to cut costs and absorb as much of these expenses as they can due to the fierce struggle for market share.

"Retailers are working hard to take all reasonable steps to shield their customers from price increases, including broadening their value offerings, maintaining the affordability of necessities, and offering special discounts to some vulnerable demographics. The BRC will keep collaborating with retailers to identify strategies to reduce upcoming price increases because inflation is only expected to increase.

As prices continue to rise, cutting budgets and spending now is essential for individuals who wish to finish the year with positive balances in their bank accounts. Runaway inflation means that your salary simply does not go as far.

Making strict cuts to daily expenses and reducing frills like eating out, vacations, and clothing buying would all help, but for some homes that are already on the verge of breaking point, harsher decisions may need to be made. These could involve more dramatic measures like downsizing to one automobile or even thinking about moving to a smaller home to save mortgage or rental expenses.

"The new inflation is worryingly high, but will feel low to consumers as it precedes the significant increase in gasoline costs over the previous month," said Jack Leslie, senior economist at the Resolution Foundation.

Poorer households are feeling the most pressure to increase their standard of living because their own inflation rate is already double digits, and inflation is also being driven by rising energy and food prices.

"All eyes will now be on the Bank of England, which is under pressure to do more to stop runaway inflation.

"On the one hand, real wages are already being squeezed by higher prices. Increasing borrowing costs further, on top of rising food and energy prices, could feel like rubbing salt in the wound for some households and increasing the risk of a recession.

However, there is also the risk that without further rate rises a wage price spiral could develop. The Bank of England is therefore stuck between a rock and a hard place. Nevertheless, we expect them to keep raising rates until there are clear signs that the labour market is weakening. For this reason, the chancellor was correct to give needy families priority in his most recent cost-of-living assistance plan by providing additional means-tested flat-rate payments, and he is correct to increase benefits in line with the inflation rate as of this September the next year.

Now that inflation is on the rise, all eyes will be on the Bank of England, which is being pushed to take additional action in order to take the favourable actions. High inflation puts the Bank of England in a difficult situation, according to Mike Bell at JP Morgan Asset Management.

On the one hand, rising prices are already squeezing real incomes. Further raising borrowing costs could feel like adding salt to the wound for some consumers, and it raises the possibility of a recession on top of rising food and energy prices.

Without further rate increases, there is also a chance that wage prices could spiral out of control.

Therefore, the Bank of England is caught in an impossible situation. However, it is anticipated to maintain hiking rates unless there are definite indications that the labour situation is deteriorating.

There is a contract in the story now.

The Bank's efforts to control inflation, according to Fidelity International's Tom Stevenson, risk pushing Britain into a recession. As per his studies, high inflation and slow growth are a poisonous mix that the Bank of England is facing. It implies that decision-makers are forced to strike a difficult balance between two competing forces. It seems likely that rates will increase to 3% the next year, but doing so will come at a high price. The likelihood of a recession is rising.