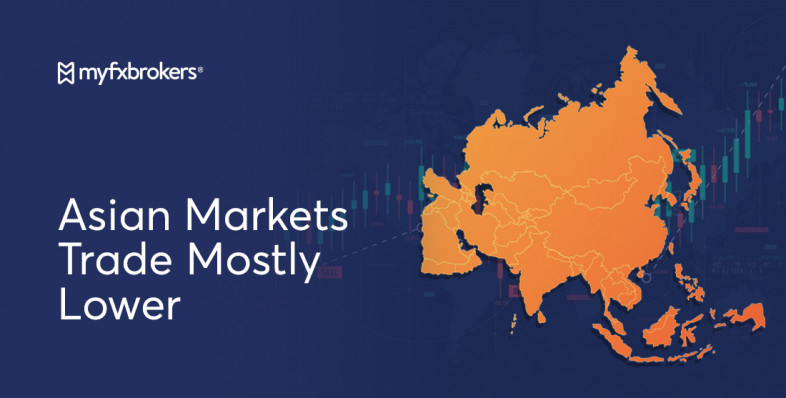 Asian stock markets are mainly down on Monday, after Wall Street's mixed signals on Friday, amid persistent concerns about inflation and the likelihood of fast rate rises by central banks worldwide. Traders are particularly concerned about the economic effect of Ukraine's prolonged conflict and Shanghai's extended lockdown due to the increasing coronavirus epidemic. Friday's Asian market closing was mixed.

The Australian stock market is slightly higher on Monday, extending the previous session's gains, with the benchmark S&P/ASX 200 just around 7,500, following mixed indications from Wall Street on Friday, thanks to robust gains in energy and materials firms as commodities prices surged.

Among the leading miners, BHP Group and Rio Tinto are both up more than 1%, while OZ Minerals is up 0.5 per cent. Mineral Resources and Fortescue Metals are both in the red.

Commonwealth Bank and ANZ Banking are both up more than 1% among the top four banks, while Westpac and National Australia Bank are up 0.5%.

On Monday's currency market, the Australian dollar is trading at $0.744.

The Japanese stock market is slightly lower on Monday, giving up the previous session's gains, with the Nikkei 225 still above the 26,800 barriers, following conflicting signals from Wall Street on Friday, with losses in exporters and technology firms amid a weaker yen. Traders are also concerned about the economic implications of the current Russia-Ukraine issue.

SoftBank Group is up 0.5 per cent, while Fast Retailing, the operator of Uniqlo, is down 0.5 per cent. Among automakers, Honda is up over 1%, while Toyota is up 0.3 per cent.

In the technology sector, Advantest is down more than 1%, Tokyo Electron is down 0.5 %, and Screen Holdings is down almost 1%. In the banking sector, Sumitomo Mitsui Financial and Mizuho Financial are up more than 1%, while Mitsubishi UFJ Financial is up about 2%.

The leading exporters are struggling, with Sony down over 3%, Mitsubishi Electric down 0.2 per cent, and Canon down about 1%. Panasonic is deflated.

Among the other notable losses, M3 is down about 4%.

On Monday, the US dollar is trading in the upper 124 yen region in the currency market.

Hong Kong is down 2.5 per cent, China is down 2.0 per cent, and Taiwan is down 1.2 per cent, while New Zealand, South Korea, and Singapore are down between 0.6 and 0.9 per cent. Indonesia is defying the trend, rising by 1.2 per cent. Malaysia is a relatively flat country.

On Wall Street, equities had a mixed day of trading on Friday after finishing the turbulent session on Thursday in positive territory.

Crude oil prices rose on Friday but nevertheless fell for the week, falling for the second week in a row due to worries about the forecast for energy consumption and the IEA's decision to release oil from its reserves. May West Texas Intermediate Crude oil futures rose 2.3 per cent to $98.26 per barrel. However, the contract fell 1.2 per cent in the previous week.