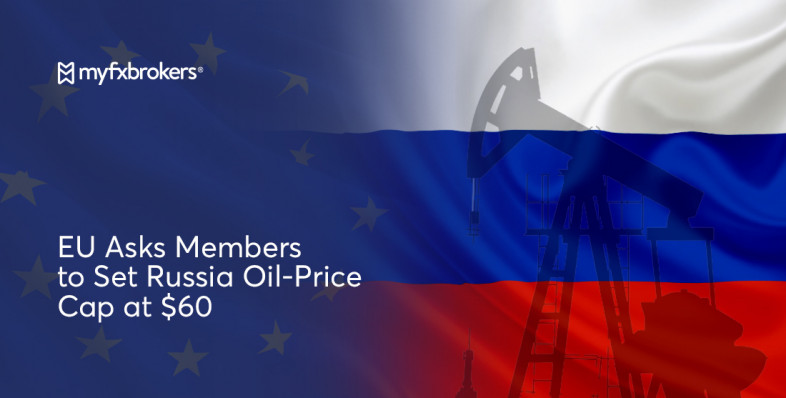 The move is an attempt to reduce the Kremlin's oil income while maintaining world supplies.

According to officials and diplomats participating in the discussions, the European Union's executive body has asked its 27 member countries to cap the price of Russian oil at $60.

The proposal, which leverages the EU's insurance and shipping industries, is part of the West's effort to limit Moscow's capacity to wage war in Ukraine while maintaining global petroleum prices stable. However, whether or not that strategy can forward is dependent on Poland's answer.

For the idea to go through as planned on Monday, all 27 EU countries must sign off on it; no other EU member objected to the plan on Thursday. Poland requested more time to study it, according to Polish and other EU officials, who added that a decision would not be made before Friday.

The price restriction is a critical component of the West's attempt to squeeze the Kremlin's oil earnings while maintaining global supplies and averting price increases. It was designed to allow Russia, the world's largest oil exporter, to supply markets while without reaping the full benefits of its sale.

If the EU agrees on a price cap, the Group of Seven nations—Canada, France, Germany, Italy, Japan, the United Kingdom, and the United States—must sign off on it. The G-7 and Australia hope to have the unprecedented penalties in place by the weekend when a European embargo on seaborne Russian crude imports begins.

Choosing the price cap level has compelled the United States and its partners to try to balance the plan's two purposes. Ukrainian and Eastern European officials wanted a lower cap in order to take off a greater portion of Russia's earnings. The Biden administration, as well as oil traders and financiers, have advocated for a higher cap that would still entice Russia to sell its oil at the capped price.

Over the last ten days, Poland has been at the heart of lengthy negotiations in Brussels over whether to agree to the price restriction. While Polish authorities have stated that they support the concept and do not want to delay the implementation of the mechanism, they have pushed for the price cap to be set substantially below the amount at which Russian oil is sold.

To win over Warsaw, the European Commission issued a new statement on Thursday that contained a vow to reassess the price cap every two months beginning in January and to keep it at least 5% below the price at which Russia exports petroleum. The Commission is also attempting to expedite its preparations for a new round of sanctions against Russia for its invasion of Ukraine, as Warsaw has demanded. However, it was insufficient to prevent hours of cabinet debates on the idea in Warsaw on Thursday, which failed to deliver a decisive yes or no.

European officials were optimistic Thursday night that the price cap plan might be approved on Friday, but they were anxious that G-7 allies, notably Japan, would have enough time to implement the cap before the weekend. G-7 officials were poised to announce an accord at $60 per barrel on Friday.

At that price, Russian oil prices would be much lower than the international benchmark, Brent, which was trading at over $87 per barrel on Thursday.

Officials in the Biden administration who have led the price cap drive have said they support placing the cap at $60 per barrel. Deputy Treasury Secretary Wally Adeyemo said at a Reuters event on Thursday that the US supported evaluating the pricing every two months.

"The crucial thing to understand is that we're starting at 60, but we have the flexibility to move the price cap, to use the price restriction to further constrain Russia's revenues over time," Mr. Adeyemo added.

Russian crude trades at a big discount to Brent, but because many purchasers have avoided it entirely, pricing transparency has been hampered. Russian crude has traded for well under $60 per barrel in some situations. According to Argus Media, which tracks commodity prices, Russia's Urals crude sold for $48 a barrel when it was exported from the Baltic port of Primorsk on Wednesday.

According to US officials, individual price estimates are misleading due to market opacity, and they believe Russian crude is currently trading above $60 per barrel.

Russian crude trades at a significant discount to Brent, but pricing transparency has been impeded because many buyers have avoided it totally. In some cases, Russian crude has traded for considerably under $60 per barrel. Russia's Urals crude sold for $48 a barrel when it was exported from the Baltic port of Primorsk on Wednesday, according to Argus Media, which follows commodities prices.

Individual price estimates are misleading due to market opacity, according to US officials, who believe Russian crude is currently trading above $60 per barrel.

Companies transporting Russian oil outside of Europe would be able to access EU insurance and brokerage services only if they sold the oil at or below $60 under the price-cap regime.

In addition to the planned quota, the EU will impose a separate embargo on Russian vessel-bound crude oil shipments on Monday. Officials in the United States were concerned that the embargo, combined with the possibility of cutting off EU insurance and other services for vessels delivering Russian oil, would drive up costs, creating new income for the Kremlin's war efforts. They devised the price restriction to ease the EU's original plan to prohibit all financing and insurance of Russian oil exports.

Russia has vowed to refuse to sell its oil at prices below the cap, removing a significant amount of supply from the market and raising world prices. However, Kremlin spokesperson Dmitry Peskov hinted last week that Moscow's warnings could be tempered.

"It appears that they are simply attempting to make a decision for the sake of making a decision." For the time being, we are following President [Vladimir] Putin's direction and will not supply oil and gas to governments that will introduce and join the ceiling. Of course, we must study everything before taking a position," Mr. Peskov explained.

Many Russian oil shipments would very certainly be possible to continue without complying with the new price cap if Russia and its clients in Asia and elsewhere used ships, insurance, and financing that were not subject to G-7 authority. According to traders, the cap might drive Russian oil into the domain of the so-called shadow fleet of tankers that keep Iranian oil flowing in defiance of US sanctions.

Officials in the Biden administration have stated that Russia is free to sell its oil outside of the cap. They predicted that using non-Western shipping, insurance, and banking services would be more expensive for Russia.

Nonetheless, Moscow will be unable to sell any of its seaborne crude to Europe, one of its main customers, after Monday. Traders believe there are hints that Russia is struggling to find clients for the more than a million barrels of petroleum sold into the EU each day.