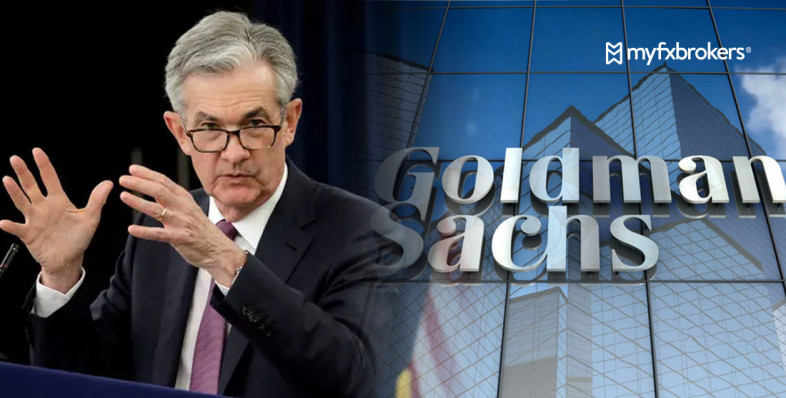 Goldman Sachs analysts feel that the Fed may be forced to tighten forcefully in response to upside risks to inflation expectations. A deluge of election commercials is on the way, all pointing to soaring inflation.

In a weekend note to clients, the economists at Goldman Sachs, under the direction of Jan Hatzius, stated that they presently anticipate rate increases in March, June, September, and December as well as the announcement of the start of the central bank's balance sheet reduction in July. This is all because of the labour market slack declining and now the Fed policymakers have become more sensitive to upside inflation risks and less sensitive to negative growth concerns.

However, they said that because of inflationary pressures, "risks are somewhat slanted to the upside of our baseline." They have grown more worried as a result of the omicron variant's protracted maintenance of supply-demand imbalances and the persistence of strong wage rise. With lingering supply chain issues, rapid wage growth, significant increases in rent, and extremely high short-term inflation expectations, all of this points to the possibility of continuing inflation pressures. The Goldman Sachs economists stated, "We see a risk that the FOMC will want to take some tightening action at every meeting unless that picture changes. This increases the likelihood of a hike or an earlier balance sheet disclosure in May, as well as of this year seeing more than four hikes.

Hatzius believes that the Fed will not only hike rates by a full percentage point, or 100 basis points, this year, but will also begin to reduce the size of its $8.8 trillion balance sheet. He notably mentioned a comment last week from San Francisco Fed President Mary Daly, who stated the Fed may start selling assets after the first or second raise.

In anticipation of signalling a willingness to raise rates from near zero in March, Chair Jerome Powell and members of the Federal Open Market Committee gather this week. If the Fed did decide to act more aggressively, according to the economists at Goldman Sachs, it would probably raise rates by 25 basis points rather than by 50 basis points at successive sessions.

Even still, they noted, "few Fed officials currently appear to be considering it because it would be a significant step."

A further rise in long-term inflation expectations or another positive surprise on inflation are two possible catalysts for a switch to rate hikes at successive meetings, they said.

Central bank was reacting to statistics released less than a week ago that showed US inflation hit a 41-year high of 8.6 percent in May, well above expectations.

Following the Fed's hike and the inflation figures, investors' expectations for the path of interest rates have risen. Many economists predict that the federal funds target range would climb to roughly 3.8 percent by early 2023, up from 1.5 percent to 1.75 percent today. According to Goldman, these expectations have resulted in a tightening of so-called financial conditions. In other words, the market situation has deteriorated, with stocks plunging and bond yields rising, weighing on economic development.

According to the CME's FedWatch Tool, market pricing predicts a roughly 80% chance of the first pandemic-era rate rise occurring in March and a near 50-50 chance of a fourth increase occurring by December. Traders in the fed funds futures market believe there is a 22.7 percent chance of a fifth increase this year.

Nonetheless, markets expect the funds rate to rise to 2.04 percent by the end of 2026, much below the 2.5 percent peak hit in the previous tightening cycle, which concluded in 2018. Markets have reacted to the idea of a tighter Fed by driving up government bond rates. The 10-year Treasury note's yield was recently about 1.77 percent, roughly 30 basis points higher than a month earlier.