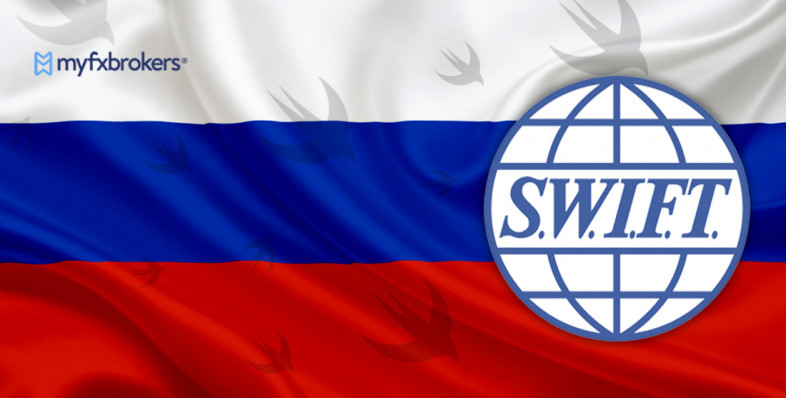 It looks like Russia is circumventing the Swift ban using blockchain technology. The Rostec Group is a state-owned enterprise that includes a number of technology companies. They announced that they have developed a platform for international payments and a digital system as an alternative to the Swift system.

Russian banks were banned from the SWIFT system last February, thanks to sanctions imposed by Western countries in response to the Russia-Ukraine war. Since then, Moscow has been looking for an alternative payment system to SWIFT, especially to protect foreign trade transactions. For international payments, the system will allow Russia to pay for its imports in the national currency, the Ruble, rather than the dollar. According to Rostec's statement, the system will also allow foreign countries to pay for imports from Russia in their own currency.

In Rostec's statement, it was stated that the blockchain platform on which the international payment system called CELLS was developed by the Novosibirsk Software Systems Institute (NIPS), an affiliate of the Rostec Group. The platform is designed to provide an integrated system based on distributed ledger technology. Among its central elements, the platform includes a digital system for making payments in the currencies of the countries associated with it. The company claims its system can “provide an alternative to the SWIFT system” and that it has been isolated under Western sanctions. According to the statement, the CELLS platform, in addition to its international payment service, provides its users with the ability to create wallets to store digital currencies.

The company's CEO, Oleg Yevtushenko, promised that the new international payment system will provide "high-speed secure transactions." He said the new digital system could handle about 100,000 transactions per second, with the possibility of doubling that number. Yevtushenko also explained that the feature of payment in local national currencies offered by the new system will enable users to circumvent Western sanctions imposed on Russia. The Rostec group targets large companies that have commercial relations with Russia, as well as foreign government officials doing business with Moscow, as well as financial institutions and banks .

Russia’s position in cryptocurrency has changed

That's a warning from the Central Bank of Russia earlier this year about the risks to the country's financial system. In addition, this is considered a change in the Russian position on cryptocurrencies. There were allegations that cryptocurrency was undermining the dominance of the country's monetary policy. In turn, the legal status of cryptocurrencies in Russia continues to change. However, previous efforts to legalize them still have not yielded results. The government is pressing specifically to allow them to attract foreign investment and deregulate domestic trade from western sanctions.