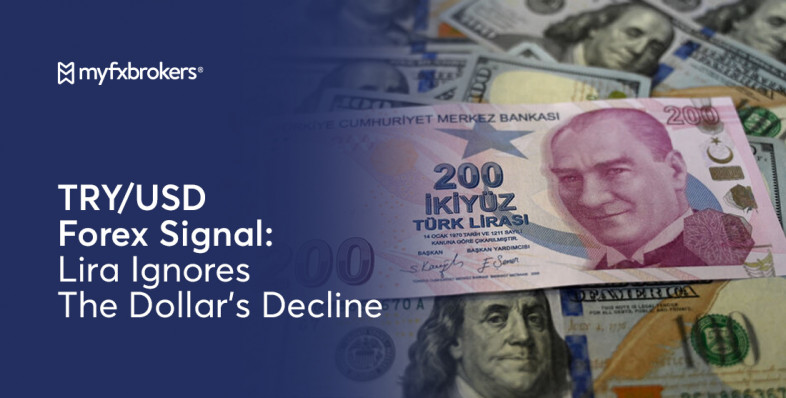 The exchange rate of the Turkish Lira, which was trading near its lowest levels versus the dollar, steadied. The lira did not profit from the dollar's global slide, as the US currency fell versus the major currencies following signs of the prospect of reducing the pace of interest rate hikes in the United States.

The way the lira is currently moving demonstrates how vigorously the Turkish Central Bank has intervened to stop the currency from collapsing. Investors have been monitoring the annual presidential programme, which contains the nation's economic policies and was published in the Official Gazette, for the forecast for the coming year. In addition to other projections that showed the inflation rate declining to reach 65 per cent by the end of this year and 24 percent by the end of 2023, it contained forecasts that the economy would expand by 5 percent the following year.

The strong dollar's decrease observed throughout this week and the end of last week did not aid the Turkish lira, which continued to remain stable versus the US dollar. The markets are under pressure as a result of Republicans' gains at the expense of the Democratic Party, which may help thwart Biden's legislative programme. On the other hand, figures indicating a jump in the official inflation rate to 83% versus the benchmark interest rate, which decreased during the last month by 150 basis points to 10.5%, indicates that the Turkish economy's bad performance has persisted. After dropping 44% last year, the Turkish lira (TRY) declined by 29% this year as compared to the dollar.

The Turkish Lira has been steady for more than a month and a half, trading inside a small band that has been in place for a few weeks. The chart in the attachment shows some little moves within this range. The pair's biggest levels of support are traded around levels 18.42 and 18.40, respectively.

Technically, after rising to 18.68 levels before falling, the Turkish Lira steadied versus the US dollar close to record highs. The pair persisted in trading inside the constrained trading range it has been in for the whole current month. While the pair is trading between these averages on the four-hour time period, it is trading above the 50, 100, and 200 moving averages on the daily time frame, suggesting an overall positive trend. This also happened during the 60-minute time period, demonstrating the size of and trading inside the constrained range the pair is exhibiting.

The highest levels are centred at levels 18.51 and 18.42, respectively, where the pair is trading. However, the lira is now trading below both of the resistance levels at 18.66 and 18.99. Any decline for the pair is a chance to repurchase with the goal of returning to the prior high set over the previous year. Please stick to the suggested figures in order to preserve capital management.

Since the end of September, we have been sporadically assessing the Turkish Lira since the emerging market currency is still experiencing a classic currency crisis. The Turkish Lira is in the midst of a complete freefall in 2022 due to misguided intervention measures that were made to halt the bleeding failing.

Turkey is more affected than other nations by the spike in food and energy costs due to Russia's invasion of Ukraine: Turkey is the world's third-largest wheat exporter, and it imports 93% of the oil and 99% of the gas it uses. Food costs have increased by over 93% year over year in TRY values, while energy prices have increased by an amazing +92% year over year (Brent oil). Through May, this resulted in an overall +73.5% y/y increase in Turkish inflation.

As per Reuters, the Central Bank of the Republic of Turkey's (CBRT) net reserves have fallen to -$55 billion when taking into account FX swap deals with Turkey's domestic banks. This is happening while the Turkish government continues its policy of compensating domestic savers on Lira declines in an effort to fend off demand for foreign currencies like the Euro and the US Dollar.

The persistent inflation problem, which cannot be resolved by Turkish President Recep Tayyip Erdogan's misplaced preoccupation with low-interest rates, will be exacerbated by the CBER's need to create more money, as stated in December 2021. As things are, the Turkish Lira will continue to suffer until sentiment rises, or more precisely, until the CBRT adopts the prudent monetary policy.

The second part of the week sees USD/TRY maintaining its optimistic tone and looking for even more bids given the dollar's ongoing weekly improvement. Indeed, a further strong print of US Nonfarm Payrolls (+263,000), along with a decrease in the unemployment rate and higher US yields, give the dollar more wings and support the unrelenting rise in spot.

It is important to note that the pair has gained for the past 10 months in a row. Additionally, since 2021, spot-only printing has only produced four months of monthly growth. On a different front, according to the press, South Korea remitted $780 million to the Turkish central bank (CBRT) this week as part of a $2 billion swap agreement that was originally agreed upon in 2021. Additionally, near the central bank, net foreign exchange reserves increased to almost $9.70 billion by September 30 from a 2-decade low of little over $6 billion reported in July.

What to watch out for around TRY?

Given the persistent lira depreciation and the resurgent dollar bid bias, USD/TRY continues to trade in the vicinity of all-time highs above 18.60.

As of now, the performance of energy and commodity prices, which are closely tied to events from the war in Ukraine, the general trends in risk appetite, and the Fed's rate path in the coming months are all likely to influence price action surrounding the Turkish currency.

Inflation shows no signs of slowing down (albeit growing less than anticipated in July and August), real interest rates are still firmly in negative territory, and there is political pressure to maintain the CBRT biassed toward low-interest rates, all of which pose further dangers to the Turkish lira.