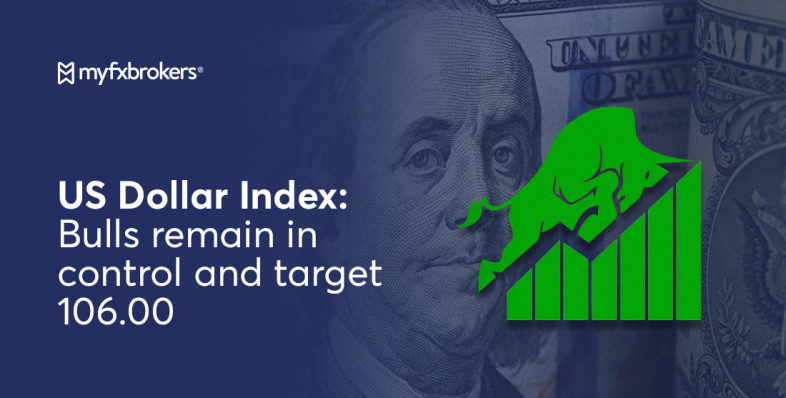 US Dollar Index: Bulls remain in control and target 106.00

In terms of the US Dollar Index (DXY), the greenback continues Friday's gains and trades within shouting distance of the 106.00 yardsticks on Monday.

The index rises for the second session at the start of the week, despite a modest recovery in US rates throughout the curve. The recent improvement in the risk-related universe continues to fade.

On the latter, Chinese data from key fundamentals announced earlier in Asian trading hours fell short of forecasts, while the PBoC's interest rate drop contributed to the risk complex's gloom.

In terms of US rates, the short end of the curve maintains the recent rally, while the belly and long term manage to leave behind some of Friday's fall. Meanwhile, the prolonged inversion of the curve supports market chatter pointing to a US recession.

The NAHB Index is seconded by TIC Flows in the US data space.

Around USD, what should you look for?

The index's recent corrective decline looks to have hit sturdy resistance in the 104.60 region - where the 6-month support line also converges - and prompted a corrective rebound to the 106.00 zone.

Looking at the macro picture, the dollar looks to be supported by the Fed's divergence from most of its G10 rivals (notably the ECB), as well as periods of geopolitical effervescence and the occasional re-emergence of risk aversion.

On Monday, the dollar continued its most muscular recovery versus the yen since mid-June. It was boosted by higher Treasury rates following a surge in U.S. employment growth that raised hopes for more aggressive Federal Reserve policy tightening.

The dollar index, which measures the currency against six rivals, was at 106.77, down from a high of 106.93 on Friday, which was also the highest since July 28.

Traders now expect a 73.5% chance that the Fed would maintain its pace of 75 basis-point interest-rate hikes for its next policy meeting on Sept. 21, up from approximately 41% before Friday's shockingly strong payrolls report stoked concerns that wage growth might feed inflationary pressures.

This week's emphasis will be on the U.S. consumer price index, which is coming on Wednesday, and if it can solidify the prospects of massive rate hikes. According to Reuters surveyed analysts, annual inflation would fall to 8.7% in July from 9.1% earlier.

"It will likely need a figure below 8.4% to obtain the odds of a 50bp rise in September as the default setting," Pepperstone's chief of research Chris Weston said in a note.

"I would not want to go short USDs if the CPI figure is higher than 9%."

In Tokyo trade on Monday, the two-year Treasury yield stayed elevated at 3.2628%, after touching 3.3310% at the end of last week, a level not seen since mid-June.

The negative gap between two-year and 10-year rates was 42 basis points, reaching 45 basis points on Friday, the highest level since August 2000. An inverted yield curve is frequently seen as a sign of impending recession.

The British pound fell as low as $1.2004 on Friday, a day after the Bank of England raised interest rates by half a per cent, as predicted, but also warned of a prolonged decline.